A Reflection On Our Christmas Series 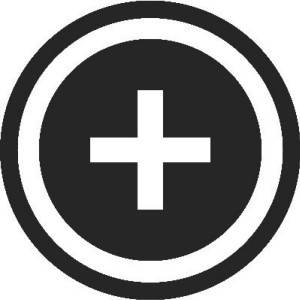 A reflection from Pastor Rob…

The need for peace has never been greater.

In our current environment many of the substitutes are no longer available. In their place we find only a growing fear, anger, and sense of loss. Yet in the midst of it all, God speaks a word…

The peace God offers is unlike anything the world offers and it comes at a great cost to himself.

To a world at war with itself, God sent his Son on a mission that is the cause of great joy for all people. If received and pursued, it holds the power to change us and our world.

The Context of Peace

Real peace is hard to come by.

The story of the world is one of a broken peace — from nations to neighbors. In the first century the Pax Romana (an extended state of relative peace within the Roman Empire) was widely praised. But it was a peace won and maintained by brutal force. In this sense it typified the peace the world gives.

In our own time and place, peace is a word often used at political rallies or in the promise of a new product or service. In both cases it’s shallow and short-lived — a distraction from the conflict and division taking place all around us.

What God offers is something very different. It’s not a peace found anywhere in the world. It’s a given peace and the only true antidote to the troubled heart and mind.

Peace I leave with you; my peace I give you. I do not give to you as the world gives. Do not let your hearts be troubled and do not be afraid.
(John 14:27)

The Cost of Peace

We sometimes forget that Jesus Christ was born to a poor family in a small town and lived a largely anonymous life. The stories of his birth and his death became great world stories only over the centuries of growth in the Christian faith.

Contrary to the hopes and expectations of the Jewish people, the Messiah’s peace would not be secured by the sword, but by a violent death of an innocent man. A man who, when insulted and falsely accused, did not retaliate or make threats. He instead willingly went to the cross so we might experience forgiveness, die to sin as a power in our lives, and live a new way of life.

He grew up before him like a tender shoot, and like a root out of dry ground. He had no beauty or majesty to attract us to him,
nothing in his appearance that we should desire him. He was despised and rejected by mankind, a man of suffering, and familiar with pain….

But he was pierced for our transgressions, he was crushed for our iniquities; the punishment that brought us peace was on him, and by his wounds we are healed.
(Isaiah 53:2-5)

The Offer of Peace

The most famous declaration of peace was the one the angels brought the shepherds the night of Jesus’ birth. The brief hymn is called Gloria in Excelsis Deo (“Glory to God in the Highest”) and has stood at the heart of the telling of the Christmas story throughout the history of the church.

Glory to God in the highest heaven, and on earth peace to those
on whom his favor rests.
(Luke 2:14)

The peace announced here is one of the fundamental characteristics of the Messianic kingdom prophesied in the Old Testament. Yet it’s not simply a peace to end present hostilities, but the peace of a new world order.

For to us a child is born, to us a son is given, and the government will be on his shoulders. And he will be called Wonderful Counselor, Mighty God, Everlasting Father, Prince of Peace. Of the greatness of his government and peace there will be no end.
(Isaiah 9:6-7)

This kingdom is yet to come in all its fullness, but the new order begins in the lives of those who respond to God’s offer. It brings a peace born from a living personal relationship with Jesus, deepened through a growing surrender of life to his gracious rule.

If you’ve never received this peace — this salvation — you can do this today! Make this Christmas your first as a son or daughter of the Everlasting Father, the Prince of Peace.

If you are a Christian, decide this Christmas to share this message with someone you know who needs to hear it!

Praying for you and our community in this season,

Browncroft Community Church is committed to inviting people into a life-changing relationship with Jesus to make and mobilize disciples that reach our community and our world. Our world today seems to be having its own early Genesis moment. Left to our own, we, too, seem doomed to fail. The good news is we are not alone. We have been called — invited —to go forward with God.
Read more As we rightly grieve for our nation today, let’s remember that there is hope. And, let’s remember we’re called and equipped to be agents of that hope. We are ambassadors for Christ and ministers of reconciliation.
Read more Engaging the Bible shapes our thoughts, decisions, and emotions. Daily reading of God’s Word prompts us to listen to how He speaks to us.
Read more