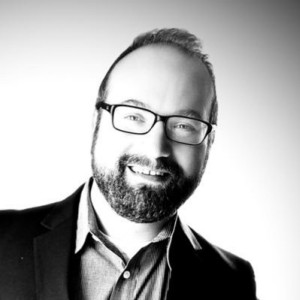 “Where were you when the world stopped turning?”

That question is the title of one of country musician Alan Jackson’s most powerful songs — a song that has resonated with millions of Americans as we remember one of our nation’s most devastating days: September 11, 2001.

It has certainly been powerful for me.

Twenty years ago I was about two weeks on the job on Capitol Hill in Washington, DC. Not a glamorous job… I was a fresh college grad who answered the phone and fielded basic requests from my boss’ constituents. As I opened up our office for the day, I turned on C-SPAN and noticed that President George W. Bush was at an elementary school in Florida. I left the TV on as I began on my tasks.

Suddenly, one of my colleagues told me to change the channel. I couldn’t believe it. There was smoke pouring out of one of the towers of the World Trade Center in New York City. How did this happen? A plane? Was it an accident? Then, 19 minutes from the first crash — and on live television — a second plane hit.

I could not believe my eyes. Could two accidents happen like this? A look at one of my co-workers told us both — no.

Just over 30 minutes later, the Pentagon was hit by a third plane. And there were rumors the U.S. Capitol’s huge dome might be the next target.

Whenever I remember those minutes, I am so thankful for our chief of staff. He was poised and quickly came up with a plan to get us off the premises in an organized fashion. Many offices seemed to scatter frantically as Capitol Hill was evacuated, but we left in groups and went to pre-determined locations, which ensured we could work together checking in with loved ones (even with phone lines overloaded) and processing through the crisis in real-time.

As I reflect, I am and will always be grateful to the heroes of Flight 93, who sacrificed their lives so that others might live. Quite frankly, they may have saved MY life.

Did you go to a church and hold hands with some strangers
Stand in line to give your own blood?
Did you just stay home and cling tight to your family
Thank God you had somebody to love?

In the days that followed there were many emotions. I remember well fielding calls from constituents expressing pain and anger. And, trust me, I understood. I will never forget my first look at the damage to the Pentagon or the first time after the attacks that I saw the New York City skyline with my own eyes.

But I will also never forget the love. The love of first responders rushing immediately INTO danger in New York and DC. The love of relief crews from around the country stepping in to help for many days to follow. And the love of people, regardless of politics or any other perceived difference, filling churches and other places of gathering to pray and to seek God’s help together.

As I reflect on this 20th anniversary of 9-11, I pray that we will remember lessons of good that we learned after that terribly dark day. As Alan Jackson sang, may we “know Jesus” and “talk to God” and remember, “Faith, hope, and love are some good things He gave us. And the greatest is love.” The hymn "Great Is Thy Faithfulness" is one of my earliest church memories. Now I have a front row seat to God’s faithfulness to and through Browncroft.
Read more Give Thanks & Be Open

This holiday let's learn to be open and effectively engage those around us. Jesus modeled a way for us in His conversation by a well in John 4.
Read more Could This Be Negatively Impacting Your Business?

When you see from the customer’s perspective, the logical decisions we make from our perspective aren’t so logical sometimes.
Read more