The Way of Blessing 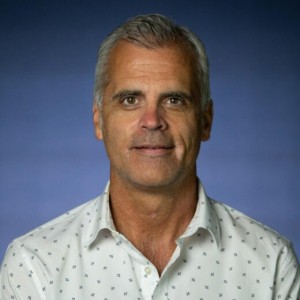 On Sunday we began a new series on “The Way of Blessing.” In this — Part 3 of a 4-part exploration of Genesis — we turn our attention to Jacob, the last of the 3 big names in the book.

The portrait of Jacob is more complex than any of the other main characters in this book. His life, recounted in its entirety, occupies half of its 50 chapters.

We discover here that the purposes of God are often tangled in a web of self-interest and self-seeking. God does not call us because of who are we but who He believes we can become.

Take a good look, friends, at who you were when you got called into this life. I don’t see many of “the brightest and the best” among you, not many influential, not many from high-society families. Isn’t it obvious that God deliberately chose men and women that the culture overlooks and exploits and abuses, chose these “nobodies” to expose the hollow pretensions of the “somebodies”? That makes it quite clear that none of you can get by with blowing your own horn before God. Everything that we have — right thinking and right living, a clean slate and a fresh start — comes from God by way of Jesus Christ. That’s why we have the saying, “If you’re going to blow a horn, blow a trumpet for God.”

To grow in our faith we must face our own limitations and sin. Yet it’s here we find God’s grace and strength to live in a new way. In Jacob’s wrestling with himself and God we see the nature of our own challenge — in walking with God the way up is down.

Very unlike the pious and God-fearing Abraham or the compliant Isaac, Jacob is the more problematic son. Self-absorbed and self-reliant — continually striving with God and man — he’s a lot more like many of us.

Yet in his long life recorded here we also learn a great deal about God and the way He deals with us. The declaration made before Jacob’s birth — that as the younger son he would have the firstborn’s place in the family — set the course for his life. We are not told why God wills this inversion, but it results in prosperity and blessing for Jacob. It’s understood later as a demonstration of the Gospel.

To Rebecca, also, a promise was made that took priority over genetics. When she became pregnant by our one-of-a-kind ancestor, Isaac, and her babies were still innocent in the womb — incapable of good or bad — she received a special assurance from God.

What God did in this case made it perfectly plain that his purpose is not a hit-or-miss thing dependent on what we do or don’t do, but a sure thing determined by his decision, flowing steadily from his initiative. God told Rebecca, “The firstborn of your twins will take second place.” Later that was turned into a stark epigram: “I loved Jacob; I hated Esau.”

Is that grounds for complaining that God is unfair? Not so fast, please. God told Moses, “I’m in charge of mercy. I’m in charge of compassion.” Compassion doesn’t originate in our bleeding hearts or moral sweat, but in God’s mercy.

Yet this inversion is also the source of the trouble that marks so much Jacob’s life. His life is a scandal because — relative to the ways of the world — God’s grace is a scandal. It is an offense to a world that is organized around human merit and expectation.

Jacob’s life of conflict is bracketed by two important encounters with God — one when he first meets God on the run (Genesis 28:10-22) and one many years later when God’s promises for his life have been fulfilled (Genesis 32:22-32).

In between these encounters Jacob learns the hard lesson that God’s blessings cannot be won, only humbly received.

If you missed last week’s opening message you can catch it here:

I look forward to learning more about Jacob’s God and His blessing for our lives and our calling today.

Rob grew up in Rochester where he came to know Christ in his first year of college. After a couple years at the Xerox Corporation he decided to pursue a Masters of Theology at Dallas Theological Seminary. After serving as a pastor in Texas for nine years, and then a year as a missionary in Europe, he answered the call to be Browncroft’s Senior Pastor in 2005. His favorite part of his job is teaching and preaching God’s Word. Pastor Rob previews the coming Reconciled series exploring how Christianity at its root is all about a new creation, new vision, and new calling.
Read more All the details, as well as shareable invitations, are at EasterAtBrowncroft.org. See you, your family, and friends in person and online this weekend!
Read more Our Browncroft Summer Internship Experience will equip young leaders for ministry. This is an essential part of our calling as a church. Please join us!
Read more